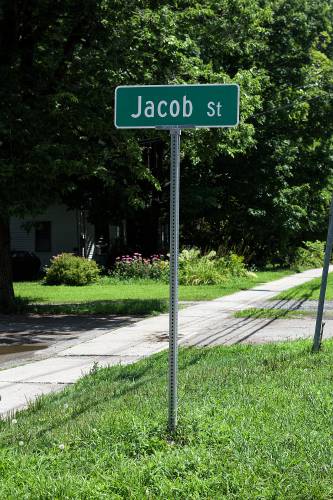 Jacob Street in Windsor is named after an early town resident and Supreme Court Justice who owned slaves. Time to think up a new name, a local panel says.

“Jacob, an early and prominent settler of Windsor, purchased Dinah Mason from a man in Charlestown in 1783, according to a bill of sale. Dinah, as she is known in Windsor, lived in the Jacob household until 1800, when she was either turned out or left. The town sued Jacob to recover the cost of caring for her, citing the bill of sale as evidence. But the state Supreme Court voted 2-0 in his favor and refused to accept the bill of sale as evidence. Jacob recused himself in the matter."