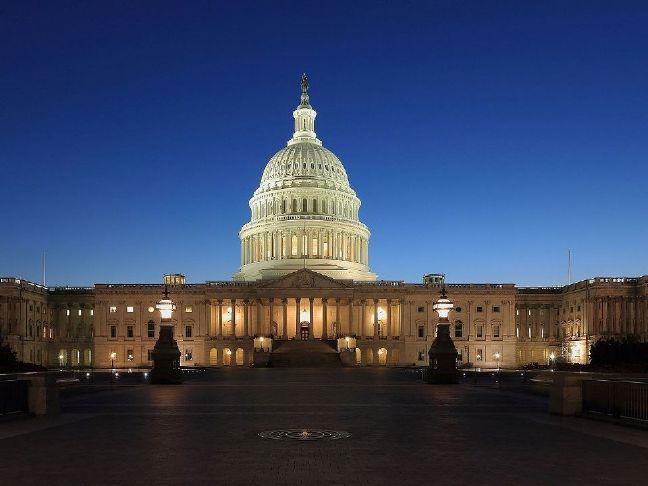 WASHINGTON, D.C. | "Never in my life...," said Rep. Peter Welch (D) describing his witnessing of the violence that erupted outside and inside the U.S. Capitol building on Jan. 6.

Welch spoke with reporters by telephone at 4 p.m. on Jan. 6 from a secure location within the facility.
"None of us really knew what was going on," he said. "...A capitol police officer made an announcement that protestors were actually in the capitol. I was very, very surprised... that they got in. It's very secure. We were concerned...about the level of enforcement. Then we started hearing noises. We were told to put on our gas masks."
Welch said that use of the word "protestors" to describe those who rushed the Capitol was "an understatement." He described them as "criminals".
Welch reported that he heard gunshots and was asked to lie on the floor along with others. "We all did that," he said.
"All the capitol police were there with guns drawn," he added.
"I started to hear crashing sounds right below me--protestors managed to get into the House Chamber. These criminals, really, were banging on it trying to breach it. The police were trying to bolster the door. A careful decision was made to move us. They didn't know where the intruders were located. We all made a dash for it," he noted.
"The good news is there are no injuries... we scrambled to a warren of backdoors and corridors, not on the tour. We came to a secure location where we are all now waiting. The police are searching the building. Just after we got out of the chambers, the intruders were successful in battering the house doors and gained access to the house floor. It's an astonishing thing. Abe Lincoln had debates about war and peace here. A lot of damage has been done."
"This (is) bad... But we had the highest turnout in the election... We can't let this stop us certifying that the voters decided that the next President is Joe Biden. Donald Trump should have been impeached... This Congress will do its job and certify what the people have decided."
Welch stressed, passionately at times, that President Trump has done significant damage to the nation and bears maximum responsibility for the ensuing chaos and violence.
"He first said it was a 'rigged' election then that it was 'stolen'. He has been inciting people to believe this was a stolen election even before the votes were cast. He bears responsibility... We have to hang on," he said.
Welch was asked if he had heard from Vermont's U.S. Sen. Bernie Sanders. "No," he said.
But Welch blamed U.S. Sen. Ted Cruz (R-Texas) and other Republicans as being co-conspirators with the President in the unfolding events.
"There will be an inquiry," he said. "...This is a time of great peril for our democracy... I support the removal of the President (from office) immediately."