Did police use excessive force when tasering a teenager trying to jimmy a car door with a screwdriver? You be the judge…. 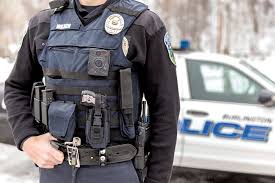 "Police had received a call on January 7th that 19-year old Mbyayenge Mafuta was using a screwdriver to enter a car on Allen Street. Officers, Oren Byrne and Meaghan O’Leary went to the scene where they encountered the man walking alone. Police attempted to arrest him, but say he became confrontational. In the video we cannot see the entire interaction because one officer’s body camera was turned off and the other’s was knocked off when things got physical. However, we can hear an officer using a taser on the teen. Police say the suspect punched one officer in the head and attempted to choke the other."