Vermont newspapers in race against the clock - Vermont Standard 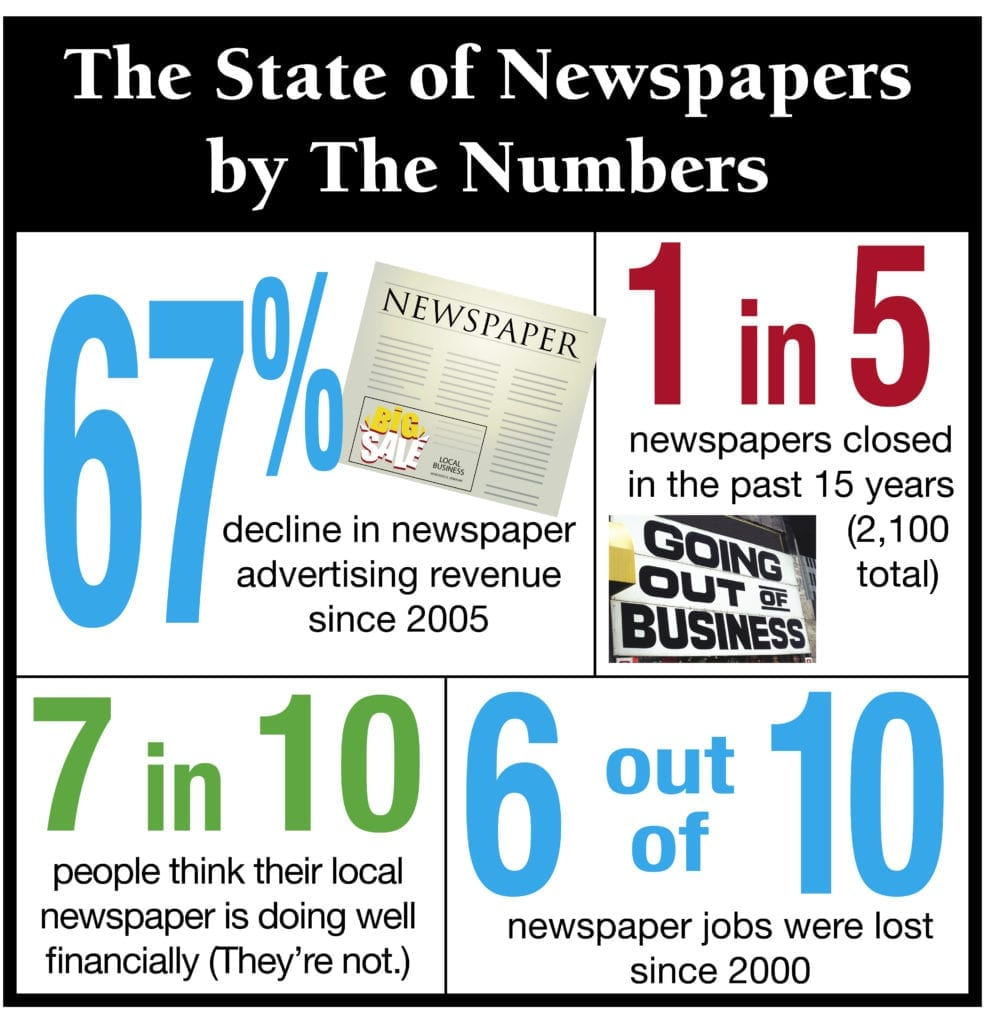 Newspapers are on a losing end of a numbers game, says the publisher of a popular Vermont weekly newspaper.

“But those stores began to disappear due to the poor economy in the late 2000s and competitive pressure from big box discounters, such as Walmart and Home Depot, and other chains that don’t advertise as much. And that problem has been exacerbated by the trend we see today towards more online purchasing, which is further eroding brick and mortar retailing. With fewer local stores in existence (and with many of those still standing in distress), newspapers run far less of the traditional “what’s on sale this week” advertising that has helped to keep them afloat for the past hundred years. The result is that newspaper advertising revenue, which everyone counted on to fund the free press in our country, has declined 67% across the industry since its peak in 2005. Consequently, the profits at most newspapers evaporated and losses have been mounting for years."