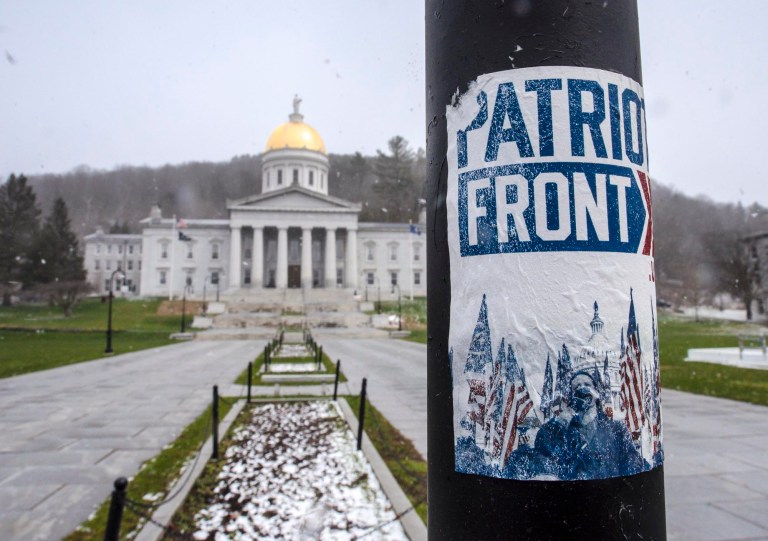 Vermont is home to one ‘hate group,’ as defined by the Southern Poverty Law Center. No radical Catholic groups, no Family Research Institute, no Chick Publications - ‘hate groups’ all according to the SPLC. But someone keeps sticking posters for the Patriot Front on streetlamps.

“Hate is on the rise. Last week, the U.S. Department of Homeland Security issued a rare National Terrorism Advisory System Bulletin warning of the threat from home-grown extremists, anti-government militias, far-right hate groups and white supremacists. This week, the Southern Poverty Law Center (SPLC) released its annual report, The Year in Hate and Extremism 2020. The report documents the existence of 838 hate groups around the country, including 30 hate groups in New England. It includes a Hate Map, which shows the location of all the groups. SPLC says the number of hate groups are “a barometer of extremism in the country.”"