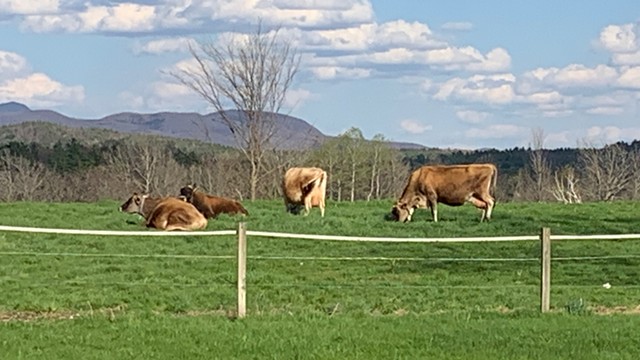 The New York Times ran a story recently in which President Donald Trump discussed a specialty butter produced on a farm in Orwell.

"She understood that Keller was trying to give the president "a story to hold on to,"St. Clair said. "I was kind of a hook for that story … that there's a food supply chain here … that farmers, you know, are burying vegetables and dumping milk that were supposed to go to coffee shops and restaurants. "He used the illustration of my farm to say there's a trickle down to this beyond even our employees," St. Clair continued. "It affects farms. It affects fisheries, florists, the people who clean [restaurant] linens." As Rao observed in the New York Times, however, Trump seemed to miss that point. Instead, he sidetracked the meeting for several minutes to ask what made St. Clair's butter so exceptional. Keller responded that the butter is a seasonal product with a flavor and color that vary based on what the cows are eating. "No kidding," the president responded."