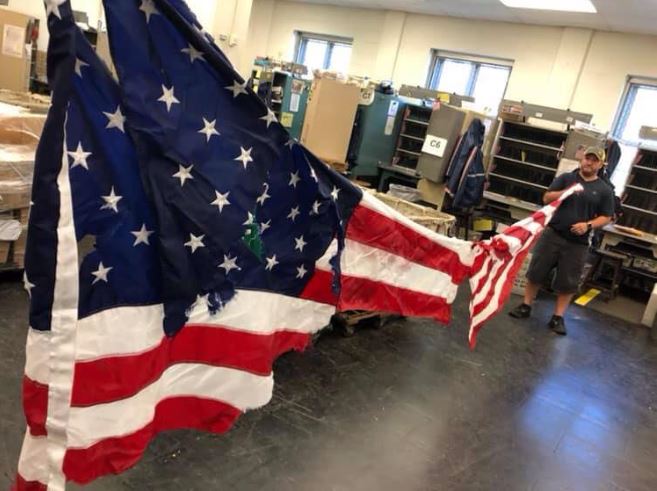 A spokesperson for the United State Post Office has confirmed August 20 social media reports that the American flag at the Main Street, Brattleboro post office and federal courthouse was stolen, vandalized, torn, and then hung from a local bridge. Stupid vandalism of political statement?

"Doherty said that in his more than two decades of working for the USPS, this is the first time he has ever encountered a flag theft from a post office. Days earlier, someone had stolen the POW/MIA flag from the same flag pole, Doherty said.”