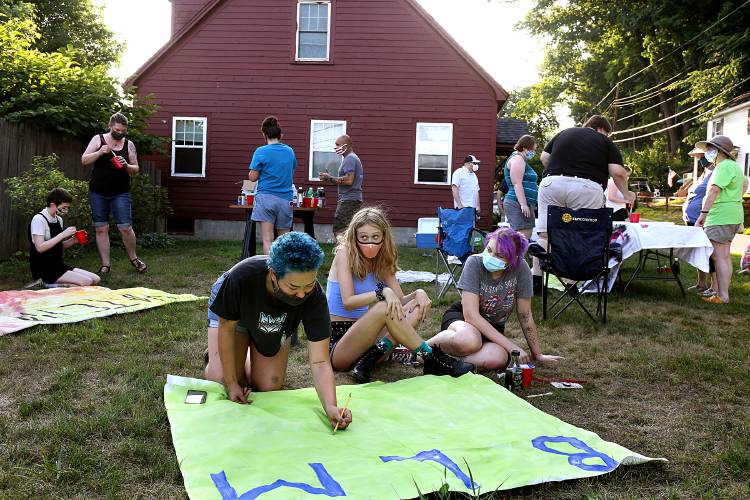 “A racial slur written on the bottom of a country club pool. Black Lives Matter signs torn from private lawns in Lebanon and Norwich and dumped in the trash. A Nazi flag openly displayed in the window of a White River Junction apartment. As national discussions over racial inequity continue in the wake of George Floyd’s death, some Upper Valley residents say they’re seeing a spike in examples of bigotry in their own backyards. Authorities and observers point to a tense political climate marked by more frequent racist remarks from political figures, including President Donald Trump, and external stressors like the COVID-19 pandemic. “We’re in this kettle right now and we don’t know when the top is going to blow off, but we know it’s going to blow off,” said Hartford resident Allene Swienckowski, chairwoman of the Hartford Committee on Racial Equity and Inclusion, or HCOREI. It’s unclear whether more overt acts of prejudice are taking place or the public is reporting them more often. Julio Thompson, director of the Vermont Attorney General’s Civil Rights Unit, said he has seen an increase in reports of biased incidents recently, though he could not provide statistics."