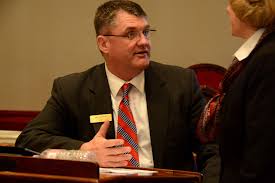 Vermont's chronically underfunded pension system can be fixed if the Legislature will enact a defined contribution and leave the "benefit" up to the market. We're paying the price for overly optimistic estimates of investment returns, Milton Town Manager and former House Minority Leader Don Turner says.

“It’s true that, over the past few years, we’ve taken modest steps to reverse these trends, including dedicating more toward paying down this enormous debt. But so long as we refuse to have a serious conversation about fundamental pension system reform, these investments are like trying to bail out a boat without addressing the leak. It won’t work. First, we need to plug the hole.

And to do that, we need to have a serious conversation about pension reform. Specifically, we need to look at switching the pension system for new hires to a defined contribution structure. Currently, most state employees are covered under a “defined benefit” program, which guarantees specific retirement payments and benefits. Defined contribution plans place invested contributions into an investment fund that the employee can control.

The problem is that defined benefit plans with generous benefit structures (like Vermont’s) can lead to expensive consequences that generate massive unfunded liabilities--which is exactly what we’re experiencing now.

Let me be clear: I am not advocating for taking away the defined benefit plans guaranteed to Vermont’s state employees and teachers. All those in their current pension plans should be able to remain in them. We have an obligation to keep the promises we’ve made; not break them.”