Trash hauler dies after being trapped beneath bin – Associated Press 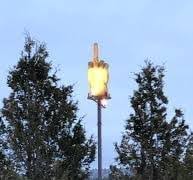 A Granville man is dead after being trapped beneath a dumpster outside a South Royalton restaurant.

"Royalton police says officers and rescue crews were called Wednesday afternoon to the parking lot of a South Royalton restaurant after receiving a report that a man was trapped. The Valley News reports the victim, identified as Kenny K. Greenslit, 57, of Granville, Vermont, was working alone and they believe his death was accidental.