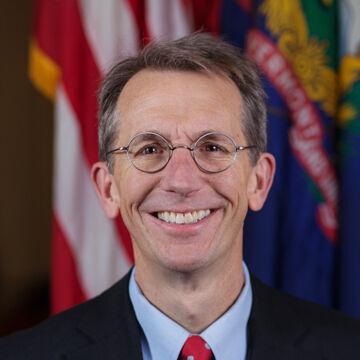 With current House Speaker Mitzi Johnson seeking a recount and 18 more votes to win back the Grand Isle House seat she lost on Election Day, two Democratic caucus leaders and the rep from Woodstock all have thrown their hats into the ring. And another un-elected legislator - Cynthia Browning of Arlington - is considering it (see Whole Story, below.)

"Kimbell, 61, is completing his second term in the Legislature representing the Windsor-5 district. He joins Rep. Sarah Copeland-Hanzas, D-Bradford, and Jill Krowinski, D-Burlington, in the race for the gavel. The current speaker, Rep. Mitzi Johnson, D-South Hero, finished 18 votes short in her re-election campaign, and is seeking a recount."