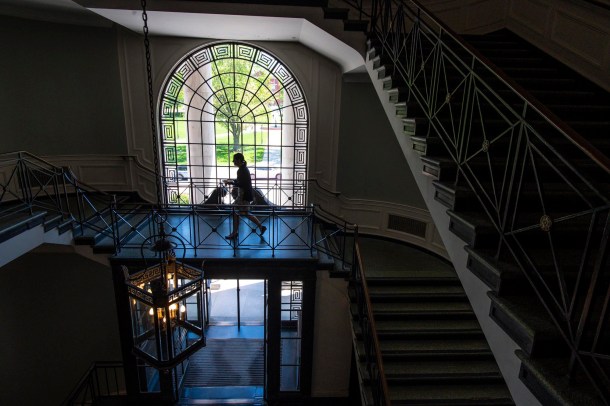 What in the name of Senator Charles W. Waterman does UVM think it’s doing, cutting all of those liberal arts programs? Students, staff, professors, and presumably family members thereof have petitioned for relief from the budget-cutting scalpel. At least they’re finally getting rid of the DWM (Dead White Men) subjects: religion, classics, Latin, Greek. Au courant subjects like ethnic and women’s studies seem to have survived intact.

"The majors set for termination include Asian Studies, religion, geology and classics, as well as a number of language programs, including Latin, Greek, German, Russian and Italian. Other programs would be consolidated."