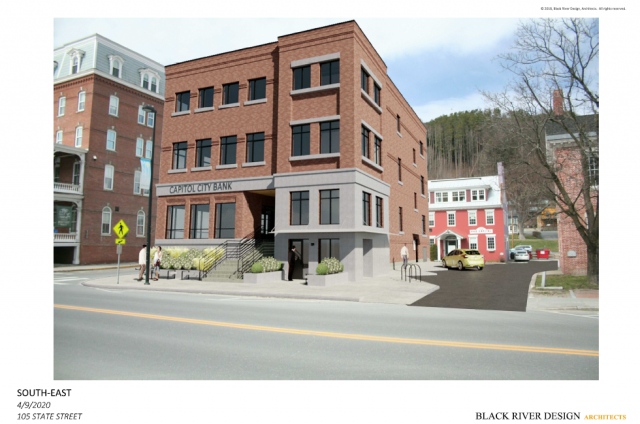 A Barre developer has big - like, three stories big - plans for a popular intersection on Montpelier’s State Street near the Vermont State House.

“The proposed building is nearly 8,000 square feet with a bank on the first floor, which is at an elevated level due to flood plain regulations, and professional offices on the second and third floors. The plans call for a drive-through bank window at the rear of the building, three on-site parking spaces, and an elevator. The project’s developer, former Barre Mayor Thom Lauzon, said he had had some doubts about the $3 million project after the COVID-19 pandemic hit, but he and his wife Karen concluded that at this time of uncertainty “there could not be a worse time to pull back.”"