The Whole Story: The Peace President and Capt. Kirk - why I rallied for Trump last week 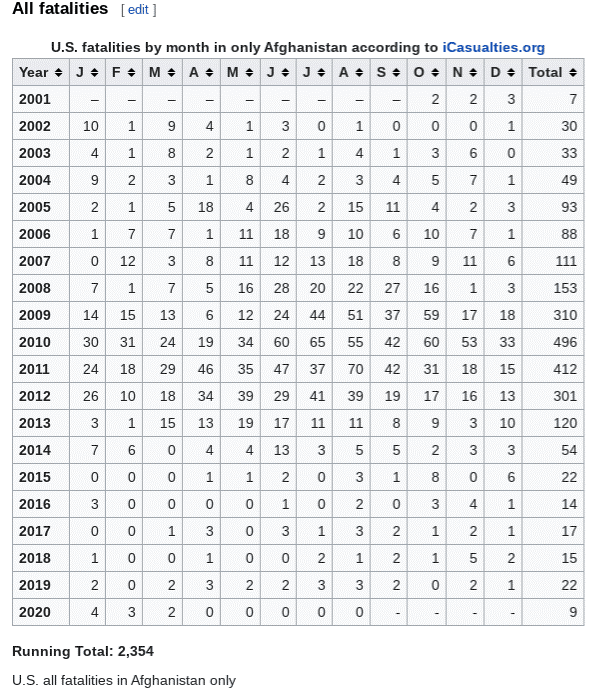 Last Friday I donned my Trump hat, dug out a Trump-Pence sign from the closet, and joined about 20 people rallying in Barre City Hall Park from 4-7 pm. Standing in front of the iconic Naked, Kneeling Soldier statue, I waved our American flag while my wife waved her Trump-Pence sign, and we both waved and smiled at the many people who honked in support and even at the (surprisingly few) who indicated their disapproval.

We had fun. We met interesting people. Not that I asked, but I’m guessing few of them had ever cared to attend a $100/plate Republican fundraising dinner. Most of them looked like what they were: working Vermonters just minutes off the job site bringing plenty of positive enthusiasm to a rally called to support Trump, the U.S.A. and law enforcement. I attended because our transactional president delivered on his campaign promises to fix chronic, non-partisan, supposedly insoluble problems. As he likes to say – ‘promises kept.”

No War.  An Australian law professor who nominated Donald Trump to win the Nobel Peace Prize said it best: “What he has done with the Trump Doctrine is that he has decided he would no longer have America in endless wars, wars which achieve nothing but the killing of thousands of young Americans,” [Prof. David] Flint said. “So, he’s reducing America’s tendency to get involved in any and every war. The states are lining up, Arab and Middle-Eastern, to join that network of peace which will dominate the Middle-East.”

When Donald Trump took office, ISIS was running roughshod over the Middle East. Iran was spending the billions of U.S. dollars realized from the unilaterally suicidal Obama/Biden/Kerry nuclear deal to fund Palestinian violence against Israel and anti-Sunni violence across the Middle East. The conflict with North Korea predicted by Obama supporters (like media pundit Juan Williams in a speech in South Burlington) never happened.

Certainly Trump despises the financial waste and debt of war. I also believe Donald Trump hates seeing people get killed. Consider his June 21, 2019 explanation for not ordering a missile strike against Iran after a U.S. drone was shot down: “I thought about it for a second and I said, you know what, they shot down an unmanned drone, plane, whatever you want to call it, and here we are sitting with 150 dead people, that would have taken place probably within a half an hour after I said go ahead. And I didn’t like it. I didn’t think — I didn’t think it was proportionate.”

Yet six month later, Iranian General Qassem Soleimeni learned a split-second before he died that Trump would pull the trigger in cold blood if the response was truly “proportionate.”

I honor our warriors – young men like Marine Jesse Strong of Albany, VT who died while defending Iraqis’ right to vote in their first truly democratic election in January, 2005. But I am frankly ashamed at the civilian policy makers who risk dedicated young lives in unjust “wars for oil.” Trump neatly solved the ‘foreign oil’ problem and boosted the economy and reduced U.S. carbon emissions by abandoning the Obama/Biden war on natural gas fracking. Yes you read that correctly – overall energy-related carbon emissions in the United States have continued to go down – down! – under President Donald Trump, his economic boom notwithstanding. According to pg. 207 on this U.S. Energy Information Administration report, in 2019 these emissions were at the lowest levels since 1990 – except for 2017, Trump’s first year in office.

Under Donald Trump, America no longer brawls for oil like an alcoholic Skid Row ex-prizefighter grabbing a bottle from the nearest unfortunate. If Trump is re-elected, I anticipate at least another four years of peace abroad and cleaner air at home.

A Better Life for American Minorities. No matter how often his enemies insist he is a racist, it is a stone-cold fact that during his administration, African-American unemployment is way down and earnings and home ownership are way up. The “average” black American has never had a better opportunity to grab the brass ring of the American Dream than during the presidency of Donald Trump. Millions of John Q. African-Americans have benefited from the “rising tide lifts all boats” economy driven by tax and regulation reform and unprecedented funding of black colleges and reform of draconian federal sentencing requirements imposed by Sens. Biden et. al., and urban development through private investment Enterprise Zones and at efforts to break the Democrat/NEA stranglehold on the obscenely underperforming urban public school system.

Financial security for Americans in retirement. People who pooh-pooh the social value of a rising stock market don’t understand that every uptick increases the value of the retirement funds that form a huge bloc of Wall Street investments. It’s simple: as Wall Street goes, so goes your private or employment-related retirement fund. Here in Vermont, Wall Street’s three-year surge under Trump has been one of the few good pieces of news for the underfunded, $4.5 billion underwater State of Vermont pension fund.

Protection of Constitutional Civil Rights. Donald Trump insists that free speech is a civil right – and insists it not be infringed, even in the most intolerant venues, including college campuses. Religion is a civil right – and Trump insists that Vermont nurses with religious consciences not be forced to participate in abortions. Gun ownership is a civil right – and he is the right to bear arms’ most fervent supporter. Donald Trump believes freedom belongs to individuals, not (as the socialists say) to “classes” of people to whom individual rights are somehow a threat. More important, he appoints federal judges that read the Constitution as protecting the freedom of the individual.

Campaign financing.  Donald Trump didn’t need a new law from Congress. He just went out and inspired millions of Deplorables to give. And they did, and they still do. Just like Billionaires can’t buy Bernie Sanders, Trillionaires can’t buy Trump. That’s why he’s not afraid to cut insulin and other drug prices. Unlike other presidents, he doesn’t “owe” Big Pharma. I like a president who tells high-rolling special interests of the unhealthy status quo, “you’re not the boss of me.”

In-person presidential accessibility for everyday Americans. No other American president has ever been seen and heard in person by as many Americans as Donald Trump. On a really busy week he probably speaks in earshot of as many as 100,000 Americans – and then has to listen to their feedback. At a Manchester NH rally a year ago, he tossed out a comment that could be construed as pro-gun control. The audience – heretofore clapping enthusiastically – sat grimly on its hands. He quickly reaffirmed his commitment to the Second Amendment. The thunderous applause returned. Not once since then have I heard him speak anything but unqualified support for the individual right to bear arms.

Americans who don’t attend rallies can still drink from the fire hose of his Twitter account. And finally, Trump’s many critics in the national media can’t criticize their lack of access to him. Back and forth he goes with them at the White House lawn rope lines and at his frequent, lengthy press conferences. No president has ever made himself so accessible to the reporters who plainly hold him in contempt (and vice-versa).

Immigration Reform. From day one Donald Trump insisted on The Wall. To date his administration has built over 300 miles of it. It’s not the only tool in toolbox, but if built it should reduce illegal inflow enough for Congress to enact just, legal, binding immigration reform. To its critics I quote Admiral James T. Kirk: It had the virtue of never having been tried.

What my support for Trump is not about is enjoying cultural and political division. I’ll never wave the flag that says “Re-elect Trump, Make a Liberal Cry.” I love liberals. Most of my family members are liberals. I used to be one myself. I support Trump because of the good he has done and will continue to do for Americans (liberals included) of all ethnic, political and racial backgrounds.

I could go on. But these reasons are enough for me to join Trump rally this Friday, 4-7 pm, at the Barre City Hall. If you see me there, I’d like to hear yours.