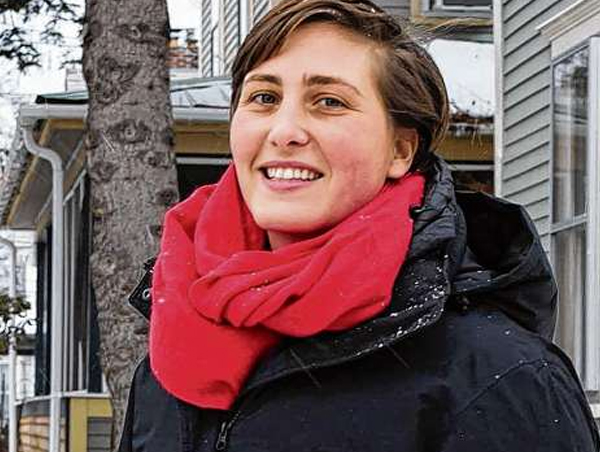 Freeman, 29, was elected for their first term in April, 2019 and has championed issues of social and economic justice, such as addressing police brutality, the minimum wage, progressive taxation, the extinction crisis, and environmental justice.

Freeman will seek the Progressive Party endorsement at the party’s caucus that will be conducted virtually at 6:30PM on Tuesday, December 1st, 2020.

In their first term as Central District City Councilor, Freeman has supported:

the creation of better walking and biking infrastructure

the restoration of Amtrak service

moving to fare-free transit with expanded routes and better accessibility for all users, and

opposed the outdated Champlain Parkway project that would have undue impacts on some of the City’s most racially diverse neighborhoods.

In addition, Freeman has advanced several key initiatives, including their work as the lead sponsor on the City’s declaration of a climate emergency and push toward a Green New Deal framework that aligns the needs of workers with ecological priorities.

In line with that vision, Freeman has opposed city budgets that leave city workers without a livable wage and plans to continue advocating for a city budget that supports workers and equitable community development.

Freeman recently spearheaded the effort to amend the city’s charter to create an oversight board for investigation and discipline of police misconduct which is currently under consideration.

As part of their advocacy to eradicate systems of white supremacy, Freeman served on the Special Committee on Policing Practices, worked to pass a resolution on the Fair and Impartial Policing Policy that closed loopholes that allowed local law enforcement to collaborate with Immigration and Customs Enforcement (ICE), and helped to create a task force to study reparations for U.S. descendants of slavery. Freeman was also a key sponsor of the Council’s Racial Justice Through Economic and Criminal Justice resolution. Going forward, Freeman will work to renegotiate the Burlington Police Officers’ Association’s union contract to improve performance, and likewise to end police presence in the Burlington school district.

Freeman credits their work on community justice issues to their peers and local leaders who continue to center dismantling white supremacy and colonialism, and to national social movements such as Black Lives Matter and the fight for indigenous land sovereignty.

Freeman’s initial public policy work was in their role as a community organizer. Freeman has worked with groups such as the Democratic Socialists of America, Black Lives Matter, Vermont Workers Center, Migrant Justice, Rights & Democracy, the Vermont Racial Justice Alliance, and The Battery Park Movement. They have focused on lifting the voices and needs of people in the neighborhood who are historically marginalized. Freeman maintains close ties with community activists, organizers, and civic organizations that advance the needs and vision of oppressed communities in order to build a more inclusive city and support core issues of economic empowerment as well as environmental and community justice.

Registration for the caucus ends at 11:59PM on Monday, November 30th and registrants will have until Thursday, December 3rd at 7:00PM to submit their electronic ballot. If needed, in-person voting will be available and details can be found by calling (518) 810-6978.