The Whole Story, Tom Evslin: The stock market doesn’t care who wins the election….and that should worry us

In the runup to an election which will determine both the presidency and control of congress, the stock market has been almost oblivious to changing poll numbers and has stayed near its all-time highs, which were set AFTER the pandemic sprung from the bat cave.  The Pollyanna explanation is that the stock market focuses on the long-term and the long-term prospects for the US economy are good no matter who the next President is or whether the Democrats control the Senate as well as the House.

Although Vermont’s congressman was briefed about Covid-19 research in progress, Peter Welch said his stock adviser made savvy biotech stock deals without his knowledge. 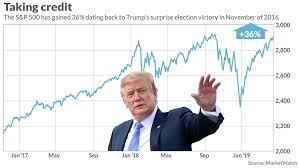 The stock market has boomed ever since President Donald Trump was elected in November, 2016. And that's much-needed, good news for the 54,000 people enrolled in Vermont's three struggling public pension funds.

Read more
Take our post-COVID survey! Never Miss a Headline: Subscribe to Daily News Sign up to comment! Plus, each weeks top stories get delivered to your inbox for free.