John Rodgers won’t be Vermont’s Senator for the Second Amendment anymore. There will soon be a president in Washington who doesn’t know an AR-15 from an AR-14. Vermont’s gun rights organizations are waiting expectantly, keeping their powder dry. 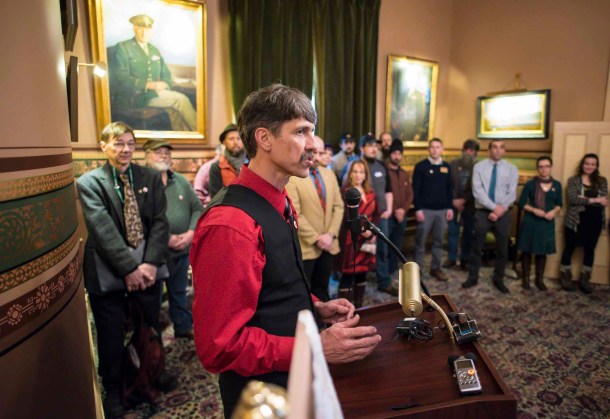 Sen. John Rodgers (Essex-Orleans) missed the primary election filing deadline, so he’s running as an independent. Will his name recognition overcome the lack of party support?

A state senator who lost an election after voting for gay marriage in 2009 is now being pilloried by some fellow senators who say a recent comment was homophobic. John Rodgers says it isn’t so and he’s tired of the name-calling by senators and the threat of being demoted from a committee assignment.

Read more
Take our Legislative survey! Never Miss a Headline: Subscribe to Daily News Sign up to comment! Plus, each weeks top stories get delivered to your inbox for free.