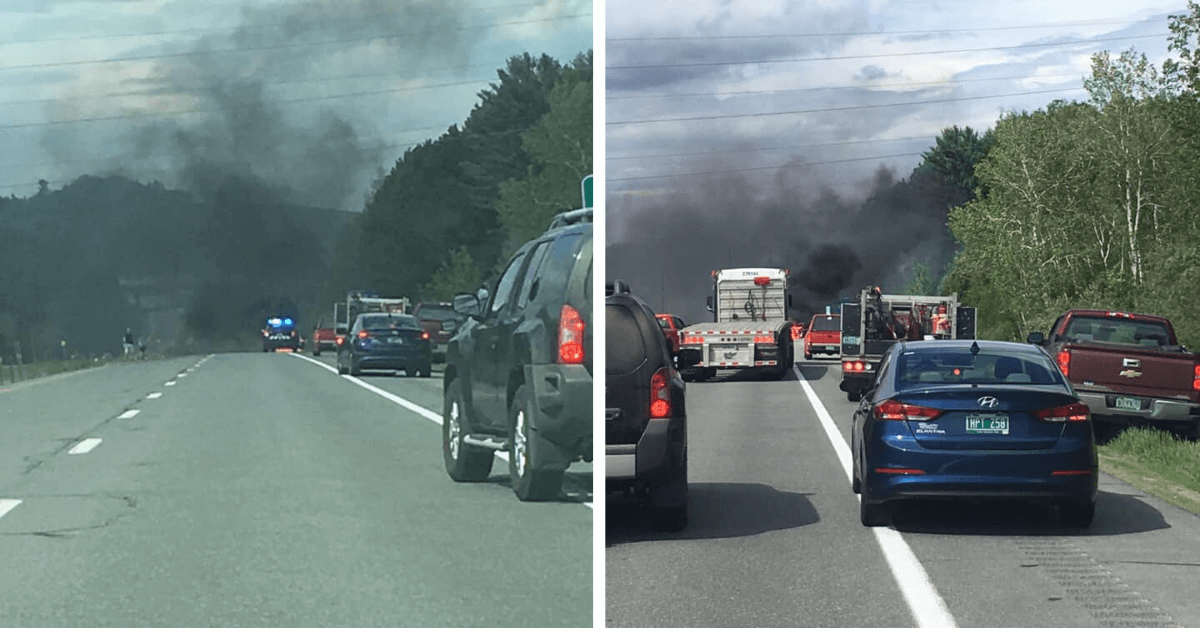 Bad day for the Subaru driver on I-91 in Derby. First the Official Vermont State Car struck a deer. Then it caught on fire.

“According to the report, Heather Johnston, 31, of Charleston, struck the deer and the vehicle came to rest on the shoulder of the road. Fluids from the vehicle began to smoke, catching fire shortly after the crash. Johnston was the sole occupant and no injuries were reported, police say."