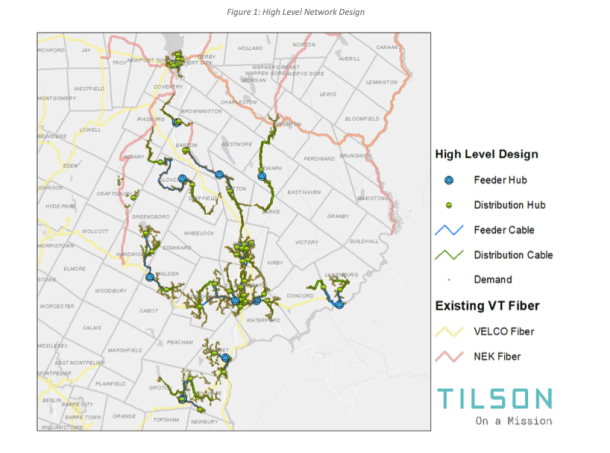 More than 20 Northeast Kingdom towns will have broadband service from a regional district by 2023, according to a new study.

"The study, written by the technology infrastructure firm Tilson, names 23 towns in the region as the first sites to receive partial fiber buildouts through NEK Community Broadband, the region’s communications union district that was formed in March. “These are the towns that essentially can generate and throw off revenue that’ll help us get into the areas that you lose money on,” district administrator Christine Hallquist said Tuesday. Officials plan to cover parts of each of these towns: Albany, Barnet, Barton, Brighton, Burke, Concord, Coventry, Craftsbury, Derby, Glover, Greensboro, Groton, Hardwick, Irasburg, Lyndon, Newark, Newport, Ryegate, Sheffield, St. Johnsbury, Sutton, Walden and Waterford."