Strolling of the Heifers stops due to Covid-19 - VT Digger 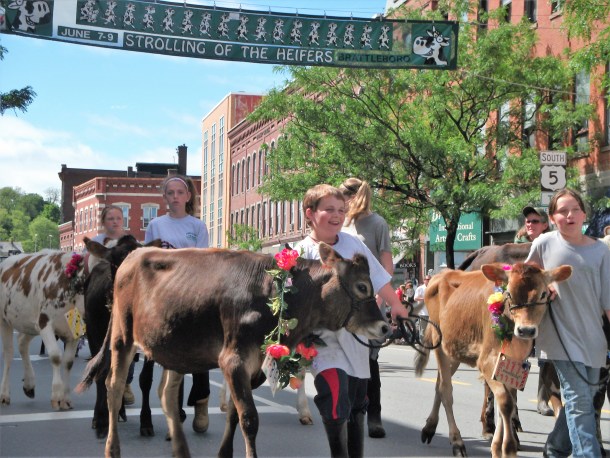 The organization behind one of southern Vermont’s most popular traditions, the Strolling of the Heifers in Brattleboro, was already stumbling due to funding problems caused by the closure of Vermont Yankee and the region’s general economic decline. Now it’s been stopped dead in its tracks.

"The Strolling of the Heifers has reaped headlines since the first parade in 2002 featured a handful of farmers prodding cows up Main Street, spurring television’s “Good Morning America” and newspapers from the Wall Street Journal to the Los Angeles Times to juxtapose images of Spain’s “Running of the Bulls” with jaywalking Holsteins."