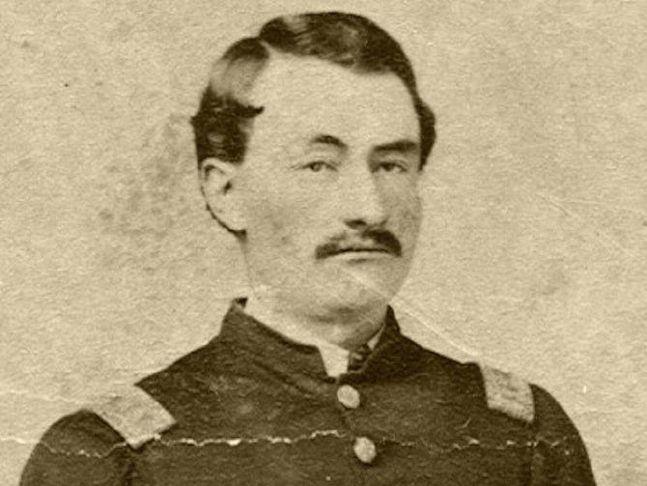 MIDDLEBURY | In recent years, some Vermont politicians have pinned the 19th-century label "carpetbagger" on flatlander candidates for public office who do not embody their party's policy agenda.

Vermont U.S. Sen. Patrick Leahy (D) notoriously pinned the term on GOP candidate Jack McMullen of Burlington in 1998, even though the Republican had been a long-time resident of Vermont and a distinguished U.S. Navy officer. But starting 156 years ago, Southerners brandished the term on any outsider arriving from Northern states. The term referred to overnight luggage bags of the era made of recycled old carpets with leather or rope handles.

Vermonter Marshall Harvey Twitchell was the poster boy of "carpetbaggers" most Southerners loved to hate in the post Civil War years.

Twitchell was a Yankee Civil War hero and abolitionist. He became a GOP state senator in the Red River Parish area of Louisiana during the Reconstruction era following the war. Twitchell moved to the South for a chance to teach, but he became the target for white Southern rage against the North.

When the North declared war on the South in 1861, Townshend-born Twitchell was one of the first Vermonters to join up with the state's Fourth Regiment of Volunteers.

A veteran of 14 battles, Twitchell distinguished himself at the Battle of the Wilderness where he took command, as captain, of a company of the Fourth. After a serious gunshot wound, he took command of Company H of the 109th Colored Infantry.

Twitchell was honored after he and his black soldiers smashed through the lines of rebel Gen. Robert E. Lee at Petersburgh, Virginia, in early 1865. As an eyewitness to history, Twitchell stood in the background at Appomattox Court when Lee surrendered.

Following the fratricidal war, Twitchell was appointed an agent of the Freemens Bureau, a Republican-led Reconstruction agency that helped freed slaves adapt to a new life of freedom. In 1866, he married a southern woman, Adele Coleman, and the couple soon had a son, Marshall Coleman Twitchell.

In 1868, Twitchell entered politics when he was elected to the Louisiana Constitutional Convention. The convention led the way to Louisiana being readmitted to the Union. He helped draft the state's new constitution but under the centralized thumb of the federal government.

Following the Louisiana convention, Twitchell ran for the state senate there and was elected, much to everyone's surprise in Red River Parish.

Because of Twitchell's Yankee-Vermont heritage (Vermonters were acutely despised by many ex-Confederates for their fighting on the Northern side during the Civil War), Twitchell received constant death threats from southern Democrats interested in avenging the Confederacy's defeat.

In 1876, a Democrat assassin pumped six Colt bullets into Republican Twitchell. As a result, both the Vermonter's arms were amputated just above the elbow. Sadly, his wife's brother, George A. King, was murdered during the same surprise attack.

"Twitchell's brother Homer J. Twitchell and two brothers-in-law (Clark Holland and Monroe Willis) had been murdered two years earlier in what is known as the Coushatta Massacre," according to Vermont historian Jacob G. Ullery.

The violent events culminating in the 1874 Coushatta Massacre were fomented by the paramilitary White League, a secret organization composed of white Southern Democrats. The White League targeted Republican officeholders and freedmen in Coushatta, the parish seat of Red River Parish. The league's racist and politically partisan members assassinated six white Republicans and five to 20 freedmen before being arrested. U.S. President Grant sent in troops to quell the violence after the League ousted Louisiana's GOP governor. The governor was quickly restored to office. None of the political extremists were brought to trial.

In the years following the 1876 United States Centennial celebrations, U.S. President Rutherford B. Hayes (R) appointed Twitchell ambassador to Ontario, Canada. Admired by both Hayes and President Cleveland, the Vermont hero kept his counsel post until his death in Kingston, Ontario, at the age of 65, in 1905.

Twichell's body was returned to Vermont where he was buried at the family plot in Townshend's somber Oakwood Cemetery.

And there he rests still, placed beside his beloved second wife Henrietta Marshall Harbey Twitchell (1840-1904).

Marshall Harvey Twitchell, Civil War hero, Yankee reformer to the South: a battler to the end in the defense of free people everywhere.