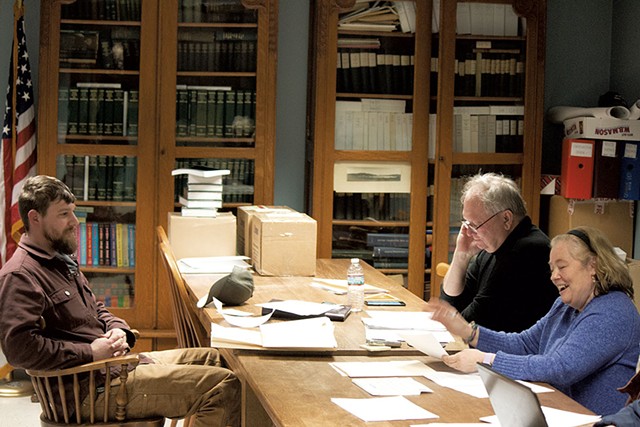 ""I have never been to a selectboard meeting in my life," Montminy told the two members in attendance. Wearing a flannel shirt and work pants, the 30-year-old town resident removed his ball cap and began to read the resolution he came to ask the officials to adopt. The measure would declare Barton a "Constitutional Gun Owner Township," recognizing the "inalienable" right to keep and bear arms. The statement declares "all federal and state laws and regulations attempting to restrict these rights to be infringements, hence null and void under this resolution."