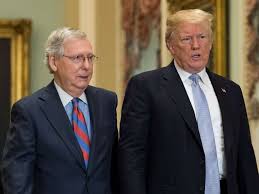 "When asked about the governor's letter, a McConnell spokesman referred to comments Tuesday in which the senator said he was waiting to learn what legislation President Donald Trump would sign before acting."