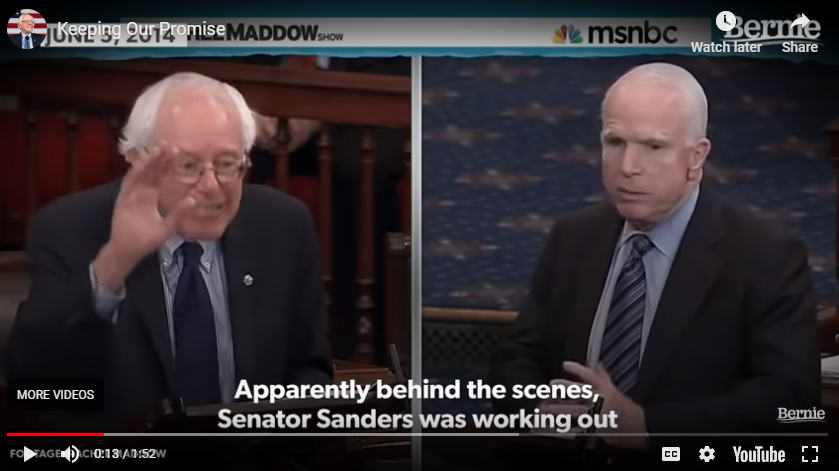 "Sanders pledges to fill 50,000 job vacancies at the VA in his first year in office and ensure that those with military service in every state and territory have access to full health care services. The push for expanded health care access includes a plan to “greatly expand access” to mental health and suicide prevention services. He also proposes investing $62 billion in funding for VA infrastructure to repair and modernize facilities.

The agenda also includes a plan to pledge to “support VA employees” by enforcing strong whistleblower protection, ending anti-union “attacks” and offering “other incentives that reward high-quality work” such as reasonable staffing ratios and compensation competitive with the private sector. He says the plan builds on Sanders work as chairman of the Senate Veterans’ Affairs Committee from 2013 to 2015, when he authored a bill with late Sen. John McCain (R-Ariz.) that authorized 27 new medical facilities and provided $5 billion to hire medical staff for the increasing number of veterans returning from Iraq and Afghanistan."