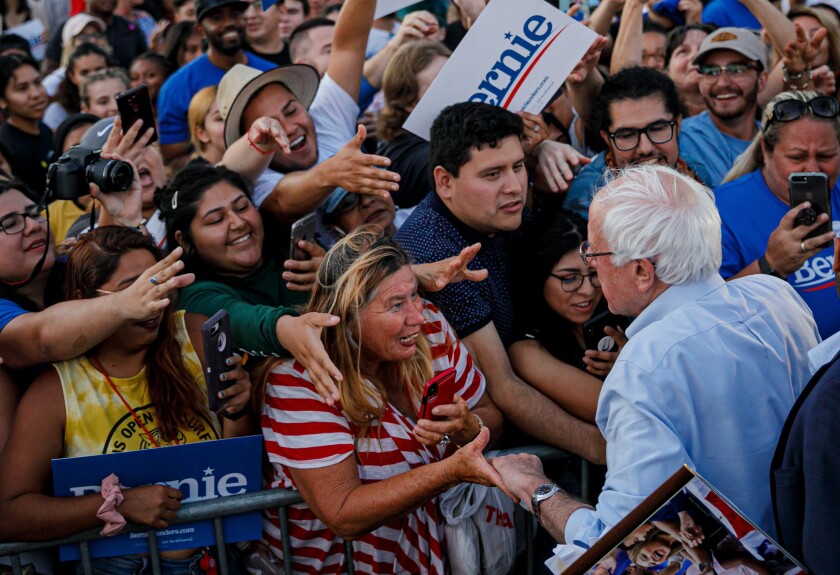 He may be lagging in some polls, but Bernie Sanders continues to build a killer donor list. He just passed four million – donors, not dollars. Eugene Debs would be proud!

"In Sanders’ 2016 presidential campaign, he didn’t reach that number of contributors until after winning the New Hampshire primary. That’s when the Vermont senator was rising from virtual unknown nationally to credible challenger of Hillary Clinton, the eventual Democratic nominee. Sanders campaign manager Faiz Shakir says, “This is what momentum looks like.” Last week, the Sanders campaign said it had made more than 7.75 million calls and sent more than 63 million text messages, mostly to voters in early states.