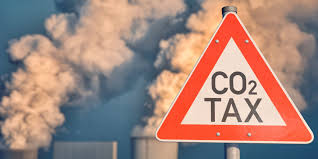 The idea that Vermont must pass a significant tax on all carbon based fuels is a proposal which, so far, has been thwarted by popular opposition. However, the beat goes on. Voters must connect some dots and put real pressure on their legislators to abandon this idea.

“To paraphrase the dictum from General Omar Bradley, at a time when war with Mao's China was a potential threat, "This is the wrong tax at the wrong place at the wrong time."
The tax is wrong for several reasons. There is no justification for any tax unless it is needed to pay for legitimate government expenses.
The carbon tax is not intended to finance anything. It is intended to discourage the use of fossil fuel for any purpose. Taxes intended to change people's behavior or consumption habits simply do not work.Tobacco taxes which raised the price of cigarettes from $1 a pack to $10 a pack did not eliminate or reduce tobacco use. Gasoline and diesel fuels are taxed heavily to pay for highway construction and maintenance. Even when gasoline edges towards $5 a gallon driving does not drop off by much. The taxes on alcohol, which make up as much as 80 percent of the price do not reduce consumption.