Rival 17-year-olds shooting at each other in Burlington - WCAX 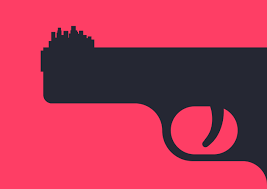 At least two groups of Burlington teenagers are feuding with live ammo. Police say it’s not about drugs, it’s about “respect.” But whatever their motive, the gun teens are victimizing innocent families in their homes - just like in the big cities.

"Police believe everyone involved is at least 17 years old.
“We don’t believe that this has anything to do with entrepreneurial drug activity. We believe this has to do with respect and interpersonal conflict but we don’t know for sure,” Murad said in regard to a possible motive.
Investigators say this conflict is between groups and the public is not being targeted, but they are firing shots at each other in public places and police worry innocent bystanders could be injured."