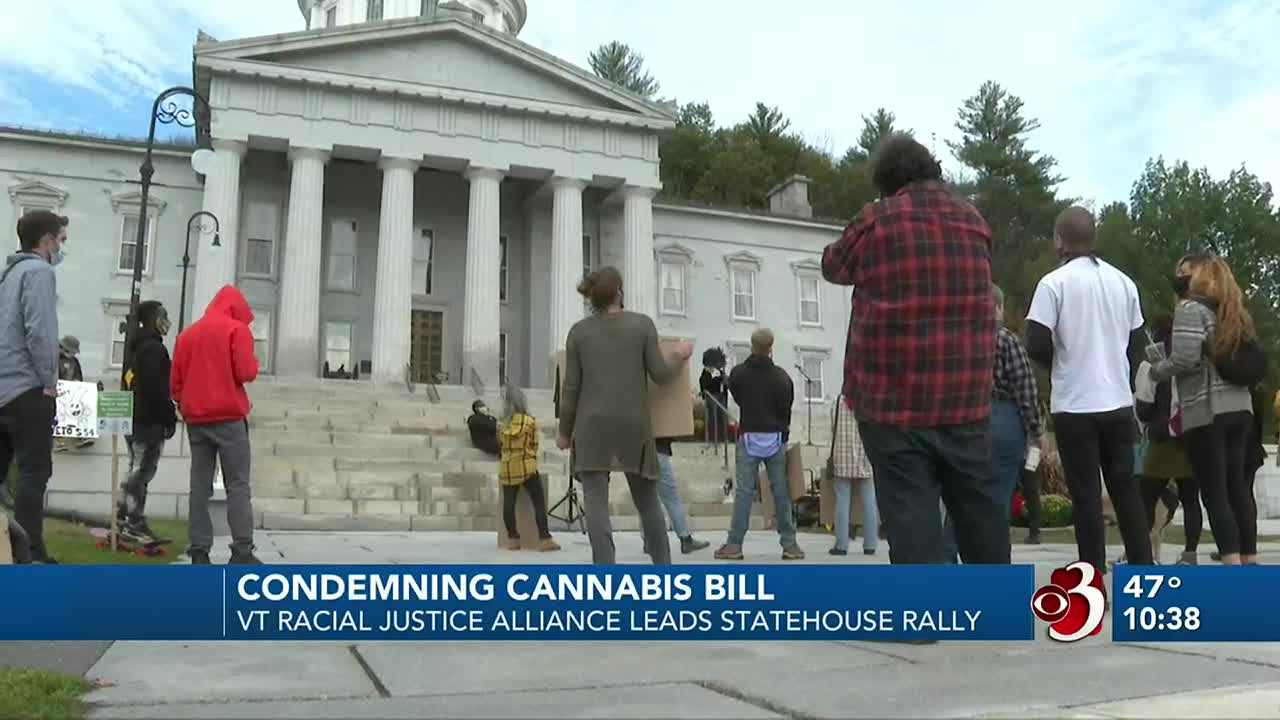 A prominent Vermont racial justice organization says S54, the commercial cannabis bill, should be vetoed by Gov. Phil Scott because it perpetuates system racism surrounding marijuana and blacks. A decision is expected by Gov. Scott by Wednesday.

"A group of about 50 people met outside of the Vermont Statehouse on Sunday to voice their concerns that Senate Bill 54, which seeks to regulate cannabis. The group believes the legislation fails to address the current impact systemic racism has on the cannabis industry, as well as the historical, social, and economic impact cannabis has on BIPOC communities disproportionately harmed by the criminalization of marijuana."