Psych, addiction hospital may close or be sold – Associated Press 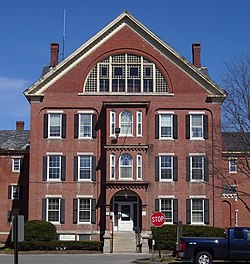 The Brattleboro Retreat, a bellweather facility for drug addiction and mental disease, may close or be sold.

"Leaders of a Vermont hospital that is a critical provider of psychiatric and addiction services in the Green Mountain State said Sunday the facility faces the possibility of sale or closure amid a disagreement with state officials over funding. The facility, Brattleboro Retreat, serves more than half the people in Vermont who need psychiatric care, and provides all of the child and adolescent psychiatric care in the state, according do its chief executive officer, Louis Josephson. Michael Smith, secretary of Vermont’s Agency of Human Services, said Sunday he has rejected a request for an additional $2 million in funding from Brattleboro Retreat. That request would be in addition to a financial package valued at an estimated $16 million for new beds and a recent rate increase valued at an estimated $3.5 million per year, he said.