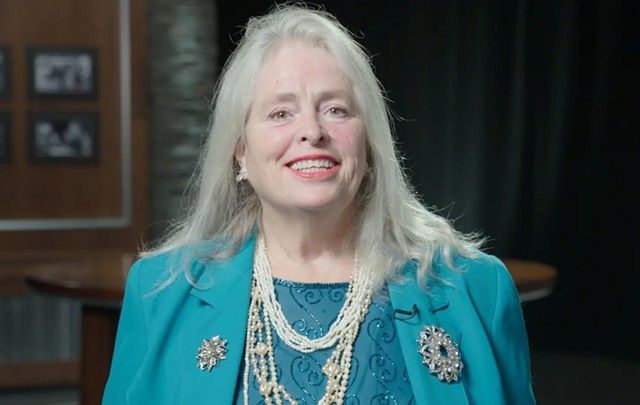 Even in the Progressive Party, there’s an Old Guard. And right now some in the party just wish these old soldiers would fade away. Especially Chris Ericsson, who sees legal prostitution as another opportunity for men to exploit Vermont women.

"The elaborate exercise is an attempt to allow Lt. Gov. David Zuckerman, who is running for governor, and state Auditor Doug Hoffer, who is seeking reelection, to win the nominations of both the Progressive and Democratic parties. State law prohibits candidates from running in more than one party primary, but they can be nominated by additional parties if enough voters write in their names — or if no other candidates run in a given primary and party leaders choose to nominate them. As they have in the past, Zuckerman and Hoffer both chose this year to run in the Democratic primary, and both face competition for that party's nomination. At the same time, perennial candidate Cris Ericson of Chester is seeking the Progressive nomination for governor, auditor and every other statewide office on the ballot. Boots Wardinski, an organic farmer and horse logger who has run for office several times, is also seeking the Progressive gubernatorial nomination."