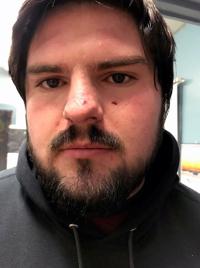 "According to Swanton Police Chief Leonard Stell, Mulholland was walking past LaBelle’s residence shortly before 3 p.m. when LaBelle came out to tell Mulholland not to pet LaBelle’s dog. LaBelle accused Mulholland of having harmed his dog in the past. The argument escalated, although witnesses were unable to describe what else was said, according to Stell. “At some point, James yelled out, ‘I’m going to put you six feet under,’ and pulled out a gun,” Stell said."