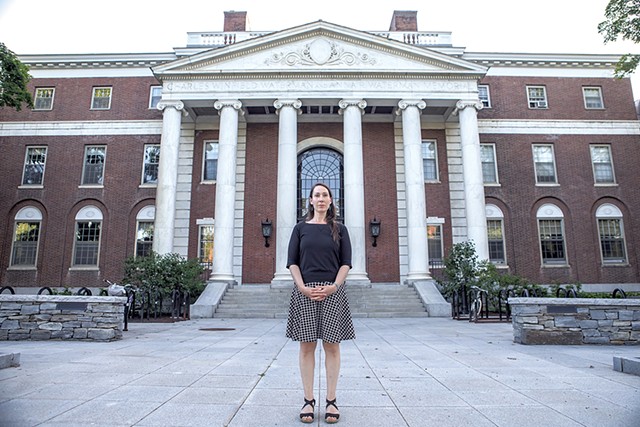 Some university positions are more insulated from Covid-19 than others.

"Rachael Montesano finally felt financially secure. No longer did the single mother of two fear that she would be unable to afford new winter tires or wince when she swiped her card at the grocery store. After 14 years as a Spanish lecturer at the University of Vermont, Montesano was earning a $64,000 salary, enough to pay her bills and still let her splurge on the "expensive" ice cream. "I was starting to relax a bit," she said. That all changed when Montesano learned that she will teach only three-fourths of her typical course load in the upcoming academic year. Her salary will plunge $16,000, landing her right back in the "survival mode" she had fought so hard to escape. Montesano is among dozens of lecturers — full-time, non-tenure-track employees — who were informed in May that their workloads and compensation would be reduced next year as part of a campus-wide effort to trim costs in response to the coronavirus pandemic. Lecturer contracts permit the university to set course loads based on its anticipated needs, though there is debate over whether the cuts violate the unionized employees' collective bargaining agreement. The university has also eliminated hundreds of temporary positions and announced less drastic reductions for all nonunion employees. UVM officials say the austerity measures are needed to withstand both an immediate financial shortfall and the possibility of fewer students and less tuition revenue in the future.”