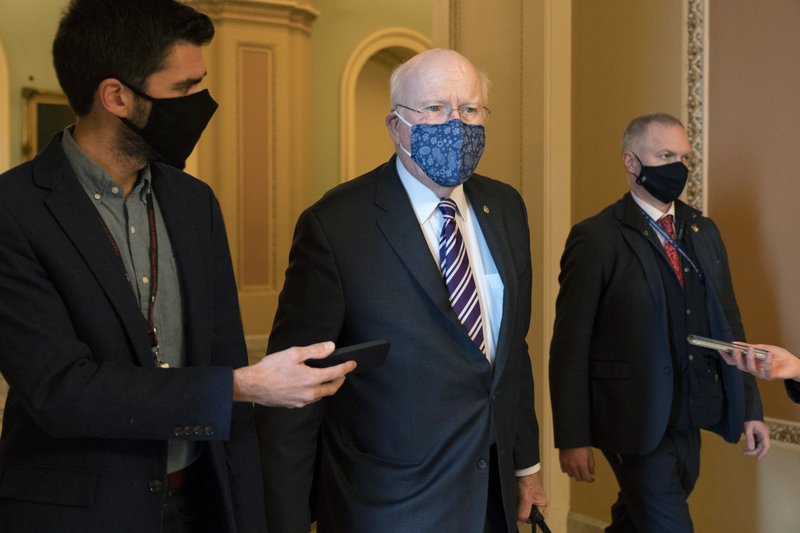 It’s been a busy month for 80-year-old Sen. Pat Leahy - chosen as President of the Senate, named to lead a powerful committee, and appointed to oversee the impeachment trial of President Donald Trump. Yesterday he went to the hospital, but now he’s home.

"Leahy, who’d been in his Capitol office, was taken to George Washington University Hospital “out of an abundance of caution” after being examined by Congress’ attending physician, Leahy spokesman David Carle said. The senator underwent an evaluation before his release from the hospital and looks forward to returning to work, Carle said. Leahy had commenced his role of overseeing Trump’s latest impeachment trial by swearing in his fellow lawmakers. The actual trial will begin next month."