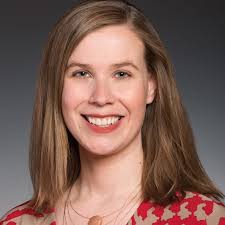 The title “chief of staff” sounds bigger than it actually is in Vermont, as (for now) this position is the only full-time staff for the Speaker of the House, Senate Pro Tem, and Lieutenant Governor. Still, the new staff members will play an important role in drafting and implementing legislative policy.

"House Speaker Jill Krowinski, D-Burlington, has hired Conor Kennedy to serve as her chief of staff. Kennedy, 31, most recently worked as an aide for the secretary of the Vermont Agency of Human Services, and previously served as a deputy chief of staff to former Senate President Pro Tem John Campbell. Sen. Becca Balint, D-Windham, hired Carolyn Wesley, 33, as her chief of staff. Before working in the Senate, Wesley was the network manager at the Energy Action Network, an organization dedicated to expanding renewable energy use in the state. She also worked as a member of Democratic Gov. Peter Shumlin’s administration. And Lt. Gov. Molly Gray selected Hazel Brewster as her chief of staff. Brewster worked as an aide on Gray’s 2020 campaign for lieutenant governor."