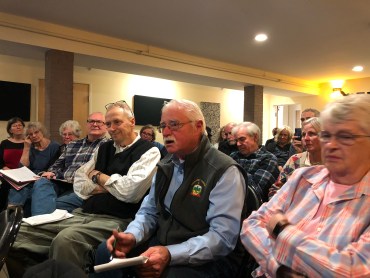 A selectboard member from the tiny border town of Holland doesn’t like how two GOP lawmakers from the Northeast Kingdom voted on the impeachment resolution. One of the reps called it a “rant” and wondered why he didn’t call him first.

"But Batchelor said during a caucus that she would not support the resolution, noting there had been no calls to condemn Black Lives Matter protests and other such events last year. Ingalls, who was elected last year, said he received more than 1,700 messages in response to his vote and a letter he wrote explaining it. "