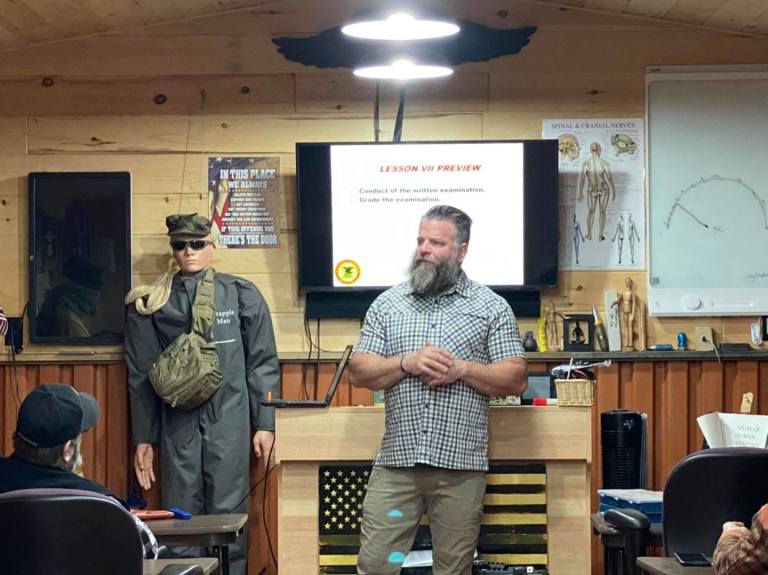 Citing examples from the Slate Ridge Facebook page, neighbor Mandy Hulett asked a judge to issue a stalking order against owner Daniel Banyai. But is posting on social media stalking? A decision is expected in a few days.

"Other examples of threats included a video, posted to Facebook, in which a car, with “Hulett Trucking” written on the door in marker, was shot through during a “vehicle assault” class held at Slate Ridge. Hulett said commenters on the post wrote that they “wished we were sitting in the back seat.” Under questioning from Lynn, Banyai said he does not own or operate Slate Ridge. He said only his family comes to use the shooting facility, and he does not offer any classes on his land. Banyai said he is not involved in posting on Slate Ridge’s Facebook page, and he could not instruct anyone else to remove posts."