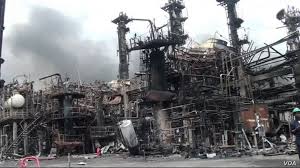 Before the U.S. became oil and gas-independent, warfare and refinery destruction in the middle east was a sure sign that energy prices would be on the rise. But the latest Gasbuddy report shows that gasoline prices in New England have actually declined.