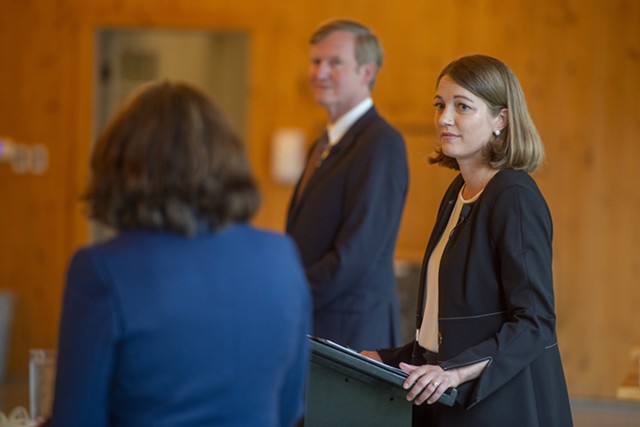 Every day, there’s a new bad news story about Molly Gray, Democratic candidate for lieutenant governor. Is she being targeted by her nasty opponent, as she claims? Or does she have a spotty history behind her pleasant demeanor? The answer could be - yes, and yes.

"While Gray and Milne have sparred over the topic for several weeks, the latest exchange began Wednesday when a super PAC supporting Gray filed a mass media report showing it had sunk $30,000 into television advertisements mentioning only Milne. The expenditure came about two weeks after the same super PAC — the Alliance for a Better Vermont Fund — leveled an attack against Milne's voting record that turned out to be partially false."