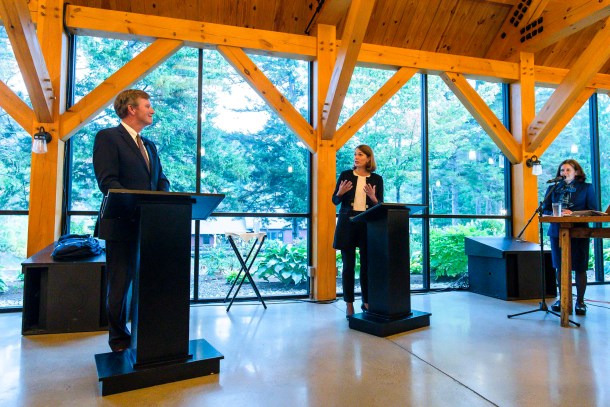 Pundits on Social media gave the first Lieutenant Governor debate to Republican Scott Milne, largely because the much ballyhooed Dem nominee Molly Gray came off as over-prepared and political.

"Gray, an assistant attorney general, in return slammed her opponent for his inability to list the names of the policy measures he was criticizing. The first-time candidate also accused Milne’s campaign of filing a public records request with the Vermont Attorney General’s Office demanding communications related to her run for lieutenant governor."