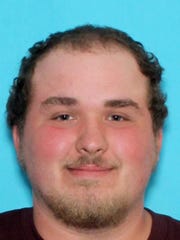 A 24-year-old Addison County man has been charged with a hate crime for harassing members of an organization that supports migrants, including illegal immigrants.

"The accusations stem from incidents that occurred in late August. Police say Atkins was visiting a farm on Vermont 22A in Addison at the time, and during his visit, he let the air out of the tires of a Migrant Justice member's car. The tires were later re-inflated, and no damage was caused. Police say that several days later, Atkins left a voicemail for Migrant Justice in which he told them not to return to the farms. State police said the message "would have left a reasonable person to feel threatened and intimidated.""