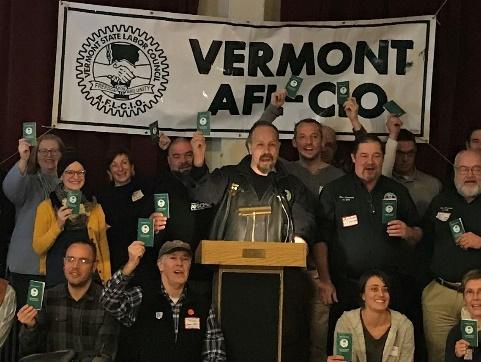 Vermont’s 10,000 member AFL-CIO has divorced itself from the Democratic Party and taken up with the Vermont Progressive Party, the Green New Deal, and “anti-facism”. President David Van Deusen is an unapologetic supporter of Antifa, and calls force “a moral imperative” if Trump loses and tries to stay in office.

"“In my view people have an inalienable right to self defense (be it on the picket line or in their communities)…..If we had a situation whereby a political figure, such as the President of the United States, refused to honor the outcome of a democratic election and refused to relinquish power, all bets would be off. Under such a scenario not only would force be justified, it would become a moral imperative.”"