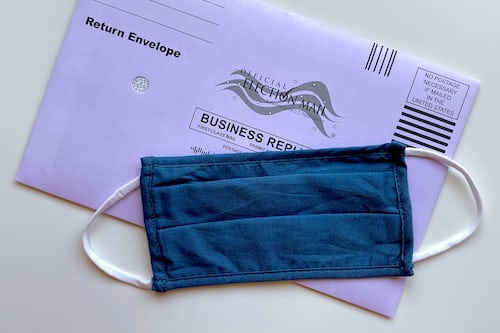 An improperly cast mail-in ballot in the upcoming election would dilute the impact of the vote of properly cast ballots, thus harming the individual voter, an attorney for several prominent current and former public servants argued in a federal court in Rutland.

"David Warrington, attorney for the plaintiffs, said the case was not predicated on the risk of fraud altering the course of an election, but on the argument that a ballot cast improperly — whether on purpose or otherwise — would violate the Constitutional rights of his clients by “diluting” their votes. “We’re focused on harm to the individual,” he said. “That is a harm that is concrete. That is addressable by courts.”"