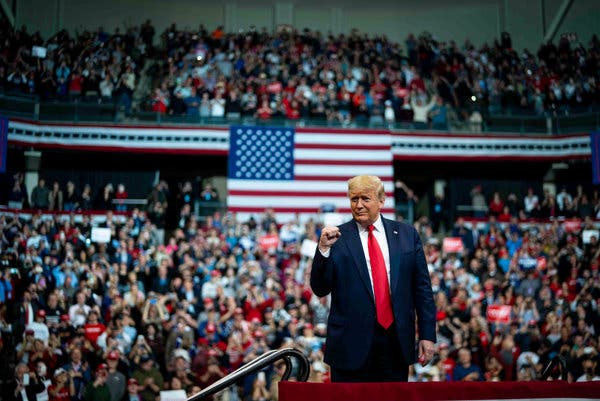 WPTZ veteran reporter Stewart Ledbetter- son of a GOP senate nominee and member of VT Broadcasters Hall of Fame- covers the speech given by President Trump in Manchester- packed arena and all.

"Security around the president was obviously tighter than for a candidate rally. City and state police and Secret Service agents sealed off the facility at 10 a.m. -- nine hours before the president was due to speak. City snowplows soon formed a physical barricade around the arena and helicopters buzzed overhead. As the crowd filed in to wait, loud music kept spirits high.