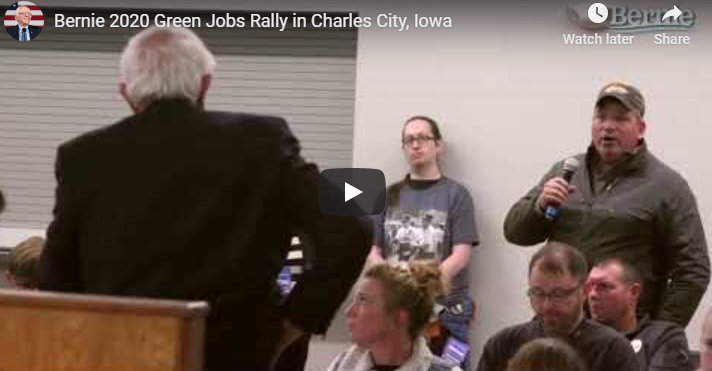 “Mandatory gun buybacks are unconstitutional and could give the federal government broad power to impose their will on law-abiding citizens, said 2020 presidential hopeful Sen. Bernie Sanders, I-Vt., on Sunday. Sanders was taking questions at a green jobs town hall in Charles City, Iowa, when he was asked for his opinion on mandatory buybacks of AR15s and AK47s.

"I don't support — a mandatory buyback is essentially confiscation, which I think is unconstitutional," he replied. "It means that I am going to walk into your house and take something whether you like it or not. I don't think that stands up to constitutional scrutiny." Sanders shared his gun control plan, which included taking an adversarial stance against the National Rifle Association, increasing background checks and banning the sale of assault weapons."