Illegal workers to get $1200 each from General Fund, tobacco $$ - VT Digger 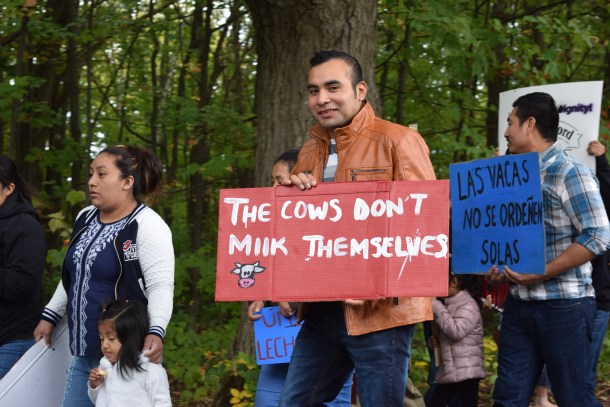 Like the poster says, the cows don’t milk themselves. Much of the job is done by migrant workers working illegally in Vermont. A bill passed by the Vermont Legislature appropriates $5 million in state funds to send $1200 each to 4,000 adults and 1,000 children.

"The state estimates 4,000 adults and 1,000 children would be covered by the funding in H.968. Of those, about 1,250 are dairy workers; 1,750 work in other sectors. An estimated 500 people are citizens and legal residents who file taxes with undocumented spouses. The migrant farmworkers organized through Migrant Justice, a Burlington-based organization that fights for human rights for migrant workers. Their initial proposal for funding was not met. Under pressure from a range of lobbyists and advocates, the governor proposed appropriating $2 million — H.968 — to partially fund the program, which was eventually expanded to $5 million to cover everyone left out of CARES. That was an important point for farmworkers, who did not want to accept aid that could leave out other people in need."