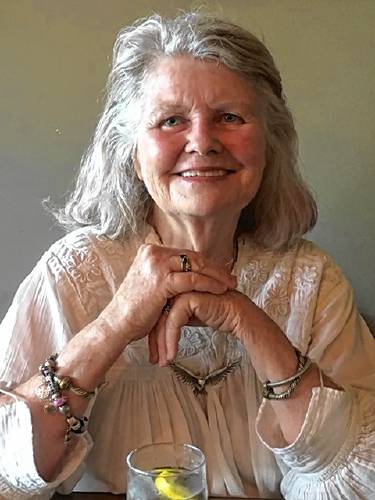 A former Rutland Herald reporter describes how she and others moved to Vermont during the 1960’s, full of disappointment with the war in Vietnam, tired of suburbia, and eager to support the civil rights movement.

“That live-and-let-live vibe is a big part of what has kept Daley, who will read from Going Up the Country, her sixth book, during the Bookstock Literary Festival in Woodstock this weekend, in Vermont for most of the past 50 years. The Melrose, Mass., native and her first husband left graduate school in Ohio in 1967 to move to the Green Mountains, motivated primarily by the fear and frustrations wrought by the Vietnam War and the backlash against the civil-rights movement, and by disillusionment with the suburban conformity of their upbringing in the 1950s. They found, and often moved in with, like-minded members of their generation, and introduced themselves, gradually, to a very white, somewhat insular population of Vermonters who at first looked askance at the long hair, the fluid partnering arrangements and the unconventional clothing of the newcomers."