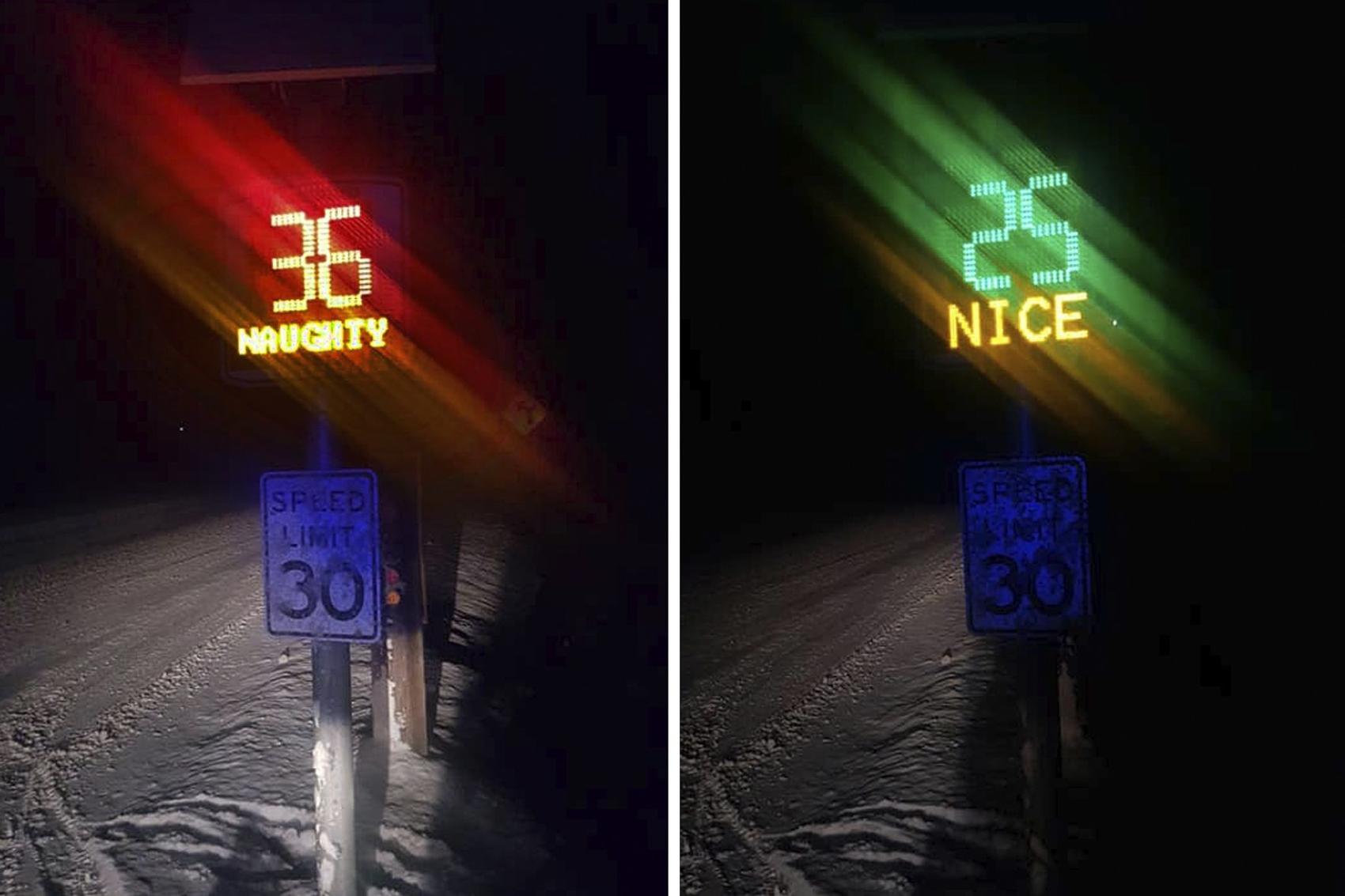 In Chester, the radar-activated speeding signs don’t just tell you how fast you are driving – they also make Santa-like value judgements. Yeah, but how fast is that sleigh traveling, Nick?

"The speed shows up as green numbers for nice drivers, and red numbers for naughty drivers. Detective Adam Woodell said there are five naught-or-nice radar speed signs being used in Chester. He said the signs were inspired by a town clerk who saw similar ones in Manchester, Vermont. Woodell said there has been positive feedback on the signs, and one resident called the department to let them know that being called naughty at his age gave him “the giggles.”