History, not religion is substance of Bernie’s pitch to black voters - WFFF

Bernie Sanders invoked his 60’s support for Martin Luther King Jr. as he spoke to black leaders in South Carolina. 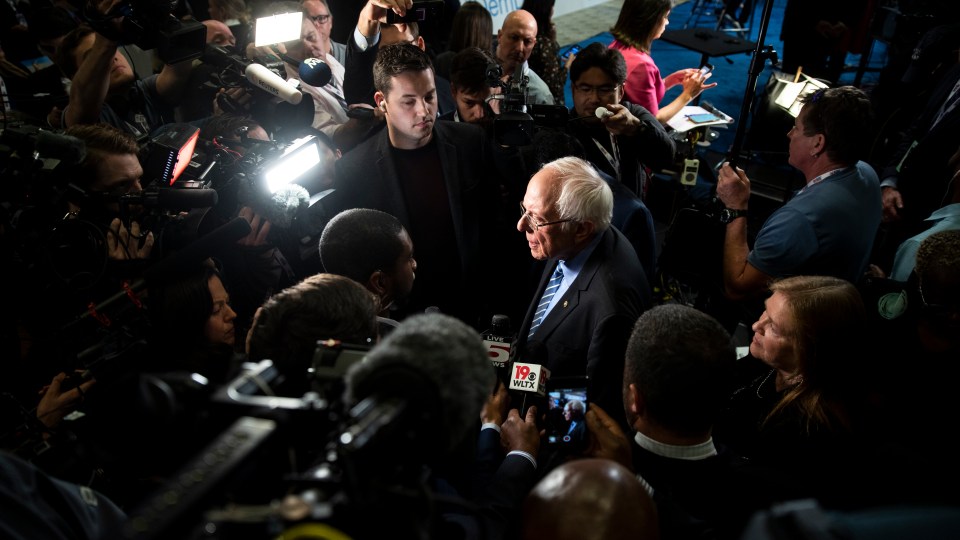 "While he’s not as vocal as some Democratic rivals who tout their faiths as influencing their agendas, Sanders has talked more about his Jewish identity recently and tied it to his vow to fight discrimination in all forms, describing himself as “a proud member of the tradition of Jewish social justice.” As Sanders stumps ahead of South Carolina’s Saturday, those broader policy messages – and his history demonstrating for civil rights — get more attention than his Jewishness.
Speaking to ministers over breakfast at a local Baptist church on Wednesday, Sanders proudly recalled his college-age arrest for protesting against segregation and his attendance at Rev. Martin Luther King Jr.’s 1963 March on Washington. Without referencing his Jewish upbringing, Sanders called for unity against all bigotry. “Instead of dividing people up, which is what Trump is doing, we’re going to bring people together,” Sanders said. “We’re going to end every form of ugly racism that exists in this country.”