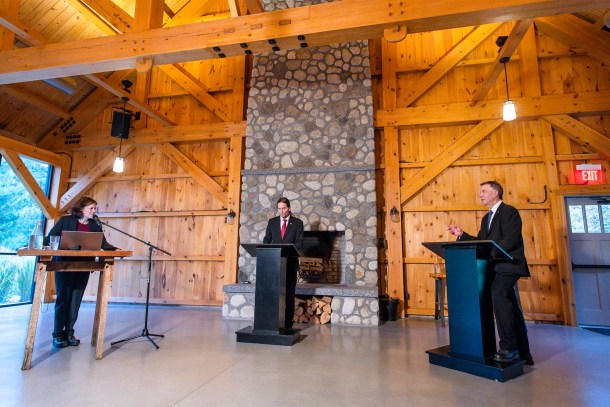 In that other televised chief executive candidates’ debate, Phil Scott and David Zuckerman also discussed taxes and climate change. They both took and gave some hard shots but somehow managed to not call each other names.

"But Scott said that the top 5% of earners in the state include those who make $159,000 per year or more in combined household income. “Think about two teachers, married teachers,” Scott said. “That’s probably it. The tax proposal that I’m hearing from David it’s going to impact them: middle class families.”