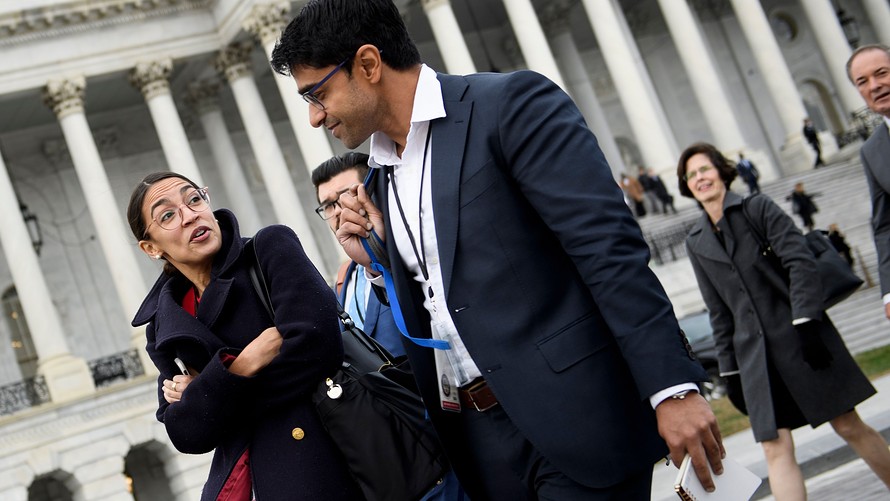 The Washington Post reports that Saikat Chakrabarti, former Chief of Staff for Alexandria Ocasio-Cortez and writer of the Green New Deal, told a key aide to a presidential candidate in July that the GND is really about changing the economy. Who knew?

""The interesting thing about the Green New Deal is that it wasn't originally a climate thing at all," Chakrabarti told a dumbstruck Ricketts, whose candidate had made the coming climate apocalypse the center of his pitch to voters. "Do you guys think of it as a climate thing?" said Chakrabarti to his surprised fellow leftist. "Because we really think of it as a how-do-you-change-the-entire-economy thing."”